If you have two minutes, you can make a difference for people with diabetes (even if YOU don’t have it). Got a Twitter handle? Have we got a deal for you… 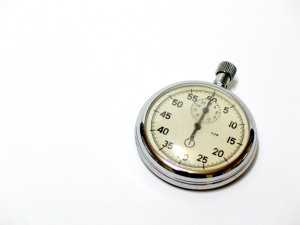 It’s an exciting time of year! It’s voting season. Congress seats will be up for grabs and we want to remind those currently in power that they can’t forget the millions of people with diabetes and their friends vote. And we want them to know what’s important.

You want your voice heard in Congress?

Then tell them to #Vote4DM.

There are three bills that are currently in play up on Capitol Hill:

Did you know that there are 37 federal agencies that play some role in the prevention and treatment of diabetes?  (Have you ever worked with 37 people in one group? Try 37 agencies!!!) These agencies aren’t always working together, resulting in miscommunication (or lack of communication), reinventing the wheel, and wasting of resources.

The National Diabetes Clinical Care Commission Act will coordinate diabetes efforts. The Commission will include federal agency representatives, patients and health care providers, and will use existing funds at no extra cost to taxpayers to do its work.

This bill will increase access to diabetes self-management training (DSMT) by designating credentialed diabetes educators as certified providers for purposes of outpatient DSMT services under Medicare Part B. It’s “budget neutral“, meaning that the cost of the outpatient services will be offset by the savings provided with the program.

Medicare does not currently cover CGM devices, leaving people over 65 with type 1 diabetes (T1D) without coverage for continuous glucose monitors. Did you know that right now, costs for a hypoglycemia inpatient admission average $17,564 per visit!?

Passage of the bill will facilitate Medicare coverage of CGMs, and help pave the way for the next generation of CGM-related technologies, such as artificial pancreas (AP) systems. 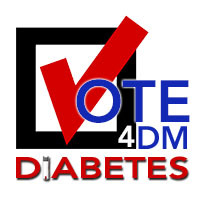 Here’s what you can do.

StripSafely‘s made it so incredibly easy for you to use the power of Twitter for good.

Let’s get a 100% #VOTE4DM from our Congressional representatives and vote diabetes out of office.

1. Find your representative in Congress easily by clicking on this link and entering your zip code. (Remember that name or keep that page open for your reference.)

2. Go to the StripSafely Twitter page and let the blitz begin. (Look! A football reference!)

And that’s it. Mark the date and time in your calendar and help us raise awareness for these non-partisan bills that will help people with diabetes. Share this info with people via Facebook, Twitter, and emails. We would love to shake the Twitter tree and get Congress to see that we won’t be quiet anymore about keeping us safe!