If you want the (mostly) objective summation of what happened at the Diabetes Technology Society’s meeting on September 9th in Bethesda, MD regarding blood glucose monitoring accuracy, you can go to the Strip Safely blog post that I wrote.

If you want to read my top five completely subjective thoughts on the DTS meeting, read on… 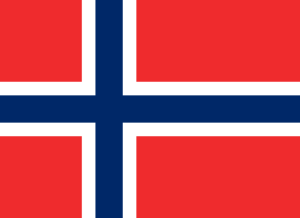 They’ve already got the process/system in place over there that doesn’t allow inaccurate meters and strips onto the market. It’s basically what DTS has proposed to do here in the U.S. and it works brilliantly over there because the government believes in the program (called SKUP) and it’s mandatory. I don’t believe that the same thing will happen in the U.S. without it being mandated by Congress, which will take a while.

Dr. Grete Monsen of Norway gave an amazing presentation and gave a lot of advocates in the room a glimmer of hope.

(I’m kidding about moving to Norway. I love their sweaters, but I’m not big on the cold weather.)

2. They’re going to have to build a bigger boat.

Yes, a Jaws reference. Why? Because diabetes advocates have teeth.

A post-market testing program is going to need a lot of people involved and a lot of funding to go with it. The room was filled with representatives from industry, clinicians, government, and patient advocates. It wasn’t a ballroom, but there was a lot of dancing around issues that must be addressed. Most of it is regulatory and governmental and financial, but Dr. David Klonoff, the president of the Diabetes Technology Society said that they will be building a roster for a steering committee to start… and it must include patient advocates. When he first mentioned the steering committee, patient advocates were not included. Someone quickly reminded him of us and we were added during his final comments.

Sitting at the end of the esteemed panel of clinical and patient representatives who all gave their views on the need for glucose monitoring accuracy, he waited patiently as others gave their views. I’m sure that he had his talking points and was ready to add his approval to the collective voice when Dr. Elizabeth Koller began reading her prepared statement….about how for her “patient population” (i.e. Medicare and CMS), accuracy really doesn’t matter and that the tools currently available are just fine.

(Look. I’m paraphrasing, because I began to see red and stream poured from my ears. With such dispassion, she essentially told all of us that we were wasting our time sitting here, because as long as the FDA approves a meter, it’s fair game for Medicare and they’ll choose what millions of people will use. Sort of a “nanny-nanny-boo-boo - suck it up and we don’t care because we’ll do what we want and what’s cheapest” attitude.)

Dr. Puckrein was called upon to speak and instead of launching into his prepared statement, he turned to her and (again, I’m paraphrasing) told her that what she was saying was scary and that if this is how Medicare and CMS was going to play…

“We are going to come after you like dogs.”

My hero. I want that man in our corner and thankfully, he is.

I have to tip my hat to the FDA representatives at the meeting. They’re like Timex watches - they take a licking and keep on ticking. Diabetes advocates asked over and over about enforcement and what it would take to remove an inaccurate meter and strips from the market. They never wavered in their vagueness. We expect that. What we didn’t expect was the admission that they don’t do a very good job of explaining what they can and cannot talk about in terms of enforcement. I’d love to see a PR firm get their hands dirty and revamp the forward-facing portion of the “What we do” part of the FDA’s device division website, giving all of us a better idea of what steps they can and cannot take… so that we don’t have to repeated ask and get repeatedly shut down. It was frustrating to all of us - advocates and the FDA alike.

5. We have a long road ahead. Get your boots on.

So, you may be asking… what’s next? Didn’t you get what you wanted? Aren’t we going to get better accuracy from our strips?

Answer…. Not without enforcement and making it mandatory. And funding.

It’s one thing to have a proposal. It’s another thing to make it happen.

Funding, whether through Congress or private philanthropic organizations, has to happen. This is not a “let’s get this on Kickstarter” project… this is a Dr. Evil putting his pinky up to his mouth amount of money… And it needs to continue to be funded.

Support from the government is essential and not just the “we think this is a great idea” lip service. Once the program is up and running, the data given to them has to be acted upon, especially if it is determined that some meters and strips aren’t meeting standards (Hint: some already aren’t…). Without enforcement and “if you show us the data, we’ll act on it”, this becomes another pie in the sky project. The only benefit is for those who can afford to pick and choose their meters and supplies without suffering financial setbacks because their insurance company won’t pay for the accurate ones. That’s unacceptable.

We have a long way to go…. and we will all be right there, because we want industry and government to see the faces of those that accuracy and diabetes impacts.

Every meeting. Every discussion. Every time.

Disclosure: The Diabetes Hands Foundation compensated my travel and lodging to attend the Diabetes Technology Meeting on September 9, 2013. My thoughts and feedback are my own and are not representative of the DHF or the Diabetes Advocates program. 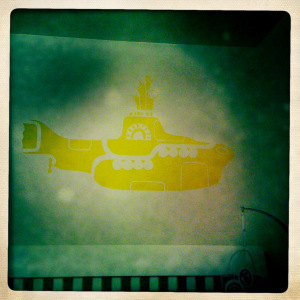 We’re having some sleep issues in our house. In addition to my overnight lows, which has me up at odd hours, the toddler has chosen to eschew her afternoon nap and normal nighttime sleep routine. I could regale you with knee-slapping tales of her antics to avoid sleeping in her own bed, but I’m too busy trying to cat nap in the corner. This week’s FFF edition is, therefore, a hodgy-podgy free for all.

1) Remember how I told you that not everything I will share with you will be diabetes related? Ta-da!

We’re huge Beatles fans in our house. How huge? Our daughter’s nursery décor was Yellow Submarine inspired. As a tiny infant, she would immediately calm down when she heard John, Paul, Ringo, and George singing to her.  (Truthfully, it calmed all of us down; still does.)

I’m also a Beastie Boys fan. (My husband, not so much, but he accepts my wide range of musical tastes.) So, I was thrilled when I heard about this mash up: The Beastles. (Thank you dj BC.)

2) I got my Lauren’s Hope medical ID bracelet and it’s pretty spiffy. The neato thing about the majority of the bracelets they sell allow you to interchange the bracelets because the medical ID portion can be switched out. Check them out if you’re looking for something different. (They have guy’s bracelets/necklaces, too.)

3) If you’ve ever been curious about the upcoming changes to the U.S. healthcare system, have I got a video for you. (Hat tip to my husband, who finds amazing stuff out in the Interwebz.) It’s in plain English, doesn’t get into the politics of it all, and explains what the heck we should expect. (And it’s a cartoon! Who doesn’t love cartoons?!) In all seriousness, it’s one of the best overviews of what’s happening now and what’s going to happen in the years to come.

We’ve got trouble. Right here in River City. With a capital T…

and that stands for Test Strips.

You’ve heard my plea about test strip accuracy. Lots of other people and organization are also hitching their wagons up to StripSafely.com’s campaign to get our voices heard. Why? Because of news like this. (62 million. Yikes!) What will it take for you to raise your voice? StripSafely.com has given you the mic and the script and a pretty kickin’ bass line. Raise your voice with us.

5) Kim over at Texting My Pancreas has joined the No Sleep ‘Til Brooklyn group of Type 1 Kick Ass Mommies With Gorgeous Kids. (The acronym is way too long, but it could totally fit on a T-shirt.) She and her child are happy and healthy and I love hearing this! Kim also created the You Can Do This Project. This video, shot at the Friends For Life conference this year, has a lot of my Friends For Life in it… and me, too.

The house is silent right now, which means that my kid is either sleeping…or planning to take over a small island nation. I should probably go check on her…

I’ll keep it short, because I want you to go and read and do something that will help you and me and all of us.