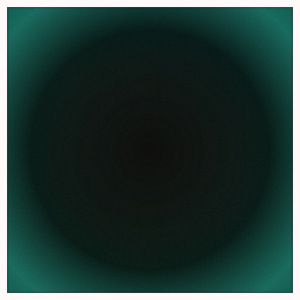 This morning, The Kid donned her furry Halloween costume and, with the promise of candy, traipsed behind a kind lady to a room filled with older ladies and gentlemen. We were part of a toddler parade at the local Memory Care & Alzheimer’s facility and I watched as the faces of these individuals lit up when small fairies, Spidermen, Supermen, ladybugs, Dorothy clutching a stuffed Toto, and my daughter, cavorted around.

They were all in varying stages of the disease that robs them of the thing I hold most dearly: their memories.

Some clapped and joyfully engaged with the children, asking them about their costumes. Others sat quietly, staring without emotion at the hullabaloo. One man didn’t speak at all, but when The Kid batted an orange balloon at him, he smiled and tossed it back to her. She fell down, giggling, in front of him and he reached down to grab her foot and shake it playfully. She grinned at him, he grinned back, and then she took off to look at the fish tank.

When I glanced back thirty seconds later, he was gone; physically still there, but lost in himself. I saw his spark ignite and extinguish in the space of a few minutes. My heart didn’t so much as break as melted.

One of my great uncles (my grandfather was one of thirteen, so there were a lot of great aunts and uncles growing up), Bill, drifted off into the horizon with Alzheimer’s when I was young, but I was shielded to the devastation that it wreaks on a family. It’s one of my greatest fears to be diagnosed with it (along with having a fatal myocardial infarction at a young age) and here I was, face-to-face with those who live with it - and in it.

Scientists are linking diabetes to Alzheimer’s disease these days. You can read about the link here , or here, or get your scholarly info here.

In a nutshell, the people who are a lot smarter than most of the world say that blood vessels in the brain are damaged by high blood sugars and that inflammation also plays a part in the aging of brain cells. The damage can be done years before the first signs of Alzheimer’s disease show up, so all anyone can say is the same as we always hear: keep your glucose levels within range, eat healthy, and get regular exercise.

I can’t forget the happy look on that man’s face - and then the absence of any emotion - and I sit here now, wondering if diabetes will take away yet something else from me in the years ahead.

If you wonder why I advocate and raise my voice for diabetes awareness and healthy living, this is one reason. One reason of many.