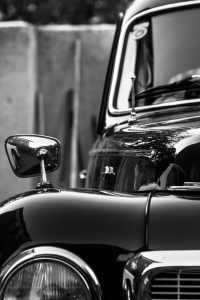 My car runs on unleaded gas. It goes from point A to point B (and sometimes to point H when I don’t follow the GPS correctly) and it has an engine. I understand the basics of internal combustion and in my more adventurous youth, I even changed my spark plugs and oil on my own. (I think every person should know how to do that.)

I drive it with the knowledge that I don’t know everything about how a car works. I watch Top Gear (the U.K. version, of course), but that does not make me a gear head. There’s a lot I don’t understand about cars.

I’m not expected to know; that’s why expert mechanics exist. If it makes a funny noise or squeals as I brake, I take it to someone who can diagnose the issue and hopefully fix it without putting me into hock. Even people who change my car’s oil may not understand how the engine works or what that funny noise is.

Replace car with diabetes and other appropriate phrases related to a disease. (Heck, if you want to go for broke, you can replace car with any major illness.)

I Don’t Expect You To Know…

I don’t expect you to know how diabetes works (or doesn’t work). There’s a lot of moving parts to the intricate dance we do each day to get from Point A to Point B (and we sometimes end up at Point H without any idea of how we got there). I don’t expect you to know how I feel when my blood sugar is crashing to the floor or soaring towards the ceiling; my symptoms and side effects are unique (although many share the same symptoms and side effects). I don’t expect anyone to know what the diagnosis signs are or how they can help me, and millions of other people, live well.

All of this to say: Let’s stop berating others if they don’t know about diabetes, especially those in the medical field. Sounds crazy, right?

“What do you mean the ER nurse didn’t know what a CGM is?”

“The doctor wanted to take your insulin pump off in the hospital?”

“The LPN told you that she has diabetes, too, when she saw your medical alert bracelet, but that hers wasn’t severe?”

“The nurse said that they’d give you insulin just when you eat, but no basal insulin at all?”

We are the experts…

We are the experts. We live with this disease 24/7/365 ad infinitum. Most of the medical world hasn’t had more than a mention of diabetes in a class for their certification or degree (with the exception being CDEs and endocrinologists). Are you amazed at that?

This is the curriculum for a BS degree in Nursing at NYU. There isn’t a single “Diabetes” class in their four year program, either as requirements or electives. Would it shock you to learn that, according to a Diabetes Care journal article in 1990, 20% of nursing faculty surveyed said that their students had 0 to 8 hours of clinical experience with diabetes patients during their education? (And most of those patients were over the age of 65?) 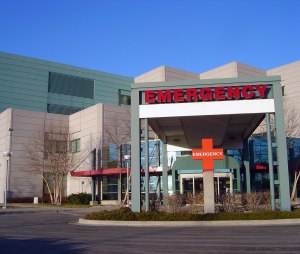 We have a choice…

When we encounter someone (in the medical field or in public) who doesn’t understand what diabetes is or has a misperception of what we do every day, we have a choice. We can express incredulity at their lack of knowledge and become defensive about our disease, or… we can educate them.

“The ER nurse didn’t know what a CGM is?”

Nope, because when she went to school, CGMs didn’t exist. And really, the majority of people with Type 1 diabetes don’t use (or don’t have access to use) a continuous glucose monitor. So, those who do use them are a subset of a subset of a large group of people with diabetes. A simple explanation of what a CGM does and how it helps you prevent hypoglycemic or hyperglycemic episodes can go a long way to not only educate that ER nurse, but perhaps create an ally or future advocate in the ER for diabetes.

Yep, because even if you put that you’re Type 1 on your intake form, they don’t know how often you check. You can simply smile, explain that while you checked this morning, you’ve also checked twice (or six times!) since then. You can talk about the difference between Type 1 and Type 2 and that all people with diabetes can get the same eye complications. (Retinopathy and macular edema doesn’t discriminate between types.)

“The doctor wanted to take off your insulin pump in the hospital?”

If you’re wearing an insulin pump, you may know more about diabetes than that doctor. You can begin a dialog as to why the insulin pump needs to be removed. They may not understand the technology - and it’s up to you to explain that your pump supplies a basal rate and boluses when needed. However, if you’re in the hospital because of DKA or a severe hypoglycemic episode, the pump may be the issue. Have the conversation - a two-way conversation - and ask that your endocrinologist or a hospital endocrinologist be brought in to consult.

(Side note: That all being said, if you encounter an endo or a CDE who doesn’t understand the basic mechanics of diabetes, please run, do not walk, out of that office.)

When people say things that make you angry because it’s clear that they don’t understand diabetes, take a breath and remind yourself that you didn’t know much (if at all) about this disease before you were diagnosed. It’s frustrating when you encounter someone in the medical field who may not understand, especially because they are dealing with you. They just haven’t been taught. Yet.

We won’t change the world overnight, but imagine if you could calmly explain the disease to someone and walk away knowing that they’re a little more knowledgeable about diabetes? Or give them websites so that they can learn more?