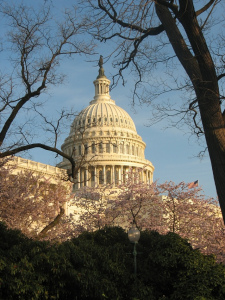 In the United States, we vote to have individuals represent us in Congress. Senators and representatives are “hired” by us to speak up and vote on important issues that impact our lives. Sounds like a cushy job, right? Show up, vote on a bill or two, then go home and talk to the people in your district that voted you in.

Do you know how many bills and resolutions get introduced in Congress every two years? (We are currently in the 114th Congress, which began on January 6, 2021 and will run until January 5, 2017.) On average…about 12,000.

6,000 bills and resolutions per year.

Some don’t get far. Some do. The 113th Congress enacted 296 laws and passed 663 resolutions in their two years. (Example of a resolution? S.Res. 564 (113th): A resolution honoring conservation on the centennial of the passenger pigeon extinction. Seriously.)

Legislation regarding diabetes is part of those 6,000 bills and resolutions each year. Just as I don’t expect medical professionals to understand every subtle nuance of diabetes technology, I don’t expect that my congressperson would be able to pull the diabetes bills currently on the Hill out of thin air. It’s madness. You try to remember 6,000 things!

That’s why, if you want your congressperson to be able to cosponsor or act on diabetes bills, after you send a message to your state’s reps in Congress, you can take another, more personal step… you can visit.

That’s what I did last week.

And this is what I learned about meeting with your congressperson about diabetes:

1. Be flexible with your appointment time.

I made this appointment to visit with him while he was back in the district back in March. It was changed about four times, as my representative had a limited time in the district this summer during break. I didn’t care. I wanted to meet with him and would have rearranged my schedule four more times to ensure we could meet. And once I was there, I waited. Just like a medical appointment. Just like waiting for a medical appointment, it was worth waiting for.

You might think it’s easier to get an appointment in DC, but in many cases, it’s not. It’s much easier to schedule a meeting when they are in their own districts. (And it’s cheaper for you, too!) 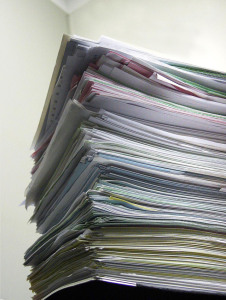 You need to know what the bills numbers are, what they are asking to do, who the original sponsor is, and if you can, the financial impact of the bill on the U.S. public. Print the pertinent information out to give to the rep and/or staff person. It doesn’t have to be pretty; it just has to be accurate.(But don’t print out a ream of paper. It won’t get read. Give them all a few pages of the top info at most.)

I also printed out brief information regarding continuous glucose monitoring and the CGM Medicare Act of 2015, along with a list of his peers in our state and whether they had cosponsored any of the current bills on diabetes, and topped it off with the number of people in our state with diabetes, compared to the rest of the country.

You are there to share why the congressperson should support this issue. Why usually includes a personal story - you, a family member, a friend… but keep it short. Very short. No life stories that take a year to tell. Practice or write down your short personal story and how it’s relevant to what you’re asking your congressperson to do.

While I wanted to speak directly with the congressman, I also knew that best laid plans don’t always happen. More importantly, the staff your congressperson has? Brilliant. They are the ones to advise, assist, and get a lot of the hard work in Congress done. They may look young, but they have the congressperson’s ear (and they are brilliant…). Be nice to staff. Super nice. Not only is it just polite, but they are the ones that can help you get your points about diabetes across.

4. Dilly dally and you lose. Get to the point.

Thank your congressperson and staff for their time right out of the gate. Then don’t waste a minute of it.

Begin with your name and the bill (or two bills) that you want to talk about. (Don’t try to shove ALL the bills about diabetes into a meeting. You can’t cover all of them at once and you’re less likely to get a cosponsor for all of them.) Have the written information readily available. Some people like to look at the information as you go, while sometimes the staff take notes on the info you give.

Then give your quick personal story and how the passage of this particular bill will help people of diabetes. Answer any question that might come up about diabetes. Most people aren’t experts on diabetes. Even the simplest questions will help with their decisions to co-sponsor.

This meeting, I focused on two bills that I wanted my congressman to co-sponsor: the CGM Medicare Act of 2015 and the National Diabetes Clinical Care Commission Act. Why these two?

I won’t be eligible for Medicare for a long while, but the CGM Medicare bill is important to me because it will help make it easier for artificial pancreas technology to be covered (and because I have friends who NEED this bill because they are on Medicare and they have Type 1).

And 37 federal agencies trying to work together on diabetes issues isn’t an efficient way to work; the National Diabetes Clinical Care Commission Act will get them to communicate…

My meeting lasted less than ten minutes. He had others waiting (including one woman who came in with, I’m not kidding, two binders weighing five pounds each. Uh-oh.) and I had gotten my points across.

Send an email or a letter after your meeting, letting the staff and the congressperson know that you appreciated the meeting and the opportunity to share your thoughts.

Ask them once again to consider co-sponsoring the bill(s) and provide them with the bill number and the title of the bill (remember… 6,000 bills and resolutions each year!).

What happened after my meeting?

My congressman’s staff person sent me a quick email later that day, telling me that the he was cosponsoring both bills. The high that I felt was not from my blood sugars.

We’ve got a lot of Congress that needs to know about these bills and why they’re important to all of us. Some understand and some just don’t know. Congress represents the U.S. population - and 29 million of us have diabetes. We need them to understand that we need your help.

Where can you start if you want to meet your representative to talk about diabetes?

Do you know who your representatives for Congress are? Easy to find out…

Diabetes Patient Advocacy Coalition can help by inputting your zip code. (And if you haven’t sent an email to your rep, now’s the perfect time!)

Once you’ve got the names of your representatives, you can go to their websites and find out how to set a meeting. Sometimes you can call the office and sometimes you can send a meeting request via Internet.

I recommend that you arrange to have a meeting when the rep is home in the district, rather than DC.

I’d love to hear from you and your experiences on meeting with your representatives about diabetes. What questions did they have for you? Did they cosponsor? If they didn’t… what was the reason they gave?

I Don’t Owe You Anything