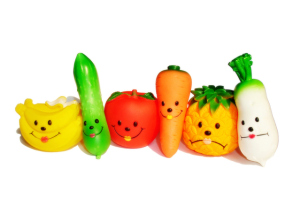 Vegetables and I have not been fast friends over the years. I enjoy their company when they’re accompanied with cheese or if they’re prepared so exotically that they coax me into trying them. If they’re in season, at their peak of popularity, I’ll throw a few vegetables in the shopping cart. But we’re not best buds.

It’s not because of diabetes, but there is a correlation. After my diagnosis, I became well acquainted with the Diabetes Exchange Diet. If you’ve ever had the pleasure of hearing: “You can have 1 milk, 2 breads, 1 meat, and 1 fat for breakfast,” you’ll know where this is leading…

Peas, according to school lunch, are vegetables, but not to the Diabetes Exchange Diet. Same went for corn and potatoes. Vegetables I liked as a kid. Vegetables that I ate. Now, I had to choose between a piece of bread and a 1/2 cup of corn or peas? Bread won every time. I loved V-8 juice, so my vegetable portion was often chugged on the way out the door… if at all.

Lettuce is also not a vegetable. It’s a “free food” along with cucumbers and celery. (But one tablespoon of dressing is considered one fat. Do you know how little and sad that tablespoon of ranch dressing looked?) I wanted food that had ballast. Not rabbit food. I was starving. Always starving. (Remember that my diabetes management wasn’t management at all; it was chaos.)

It didn’t take long for me to turn my back on vegetables. Even after I stopped denying myself insulin and got my head together (or as together as it’s going to get), I just never thought to myself: “Hmmm… a bunch of veggies would hit the spot right about now.”

But I’m older now. Wiser.  I’m trying to cook more (and in doing so, blew up my stove, but I don’t think it was my cooking…) and from scratch. We’ve had hits and misses, but I wanted to switch it up a bit.

Across my Facebook feed one day came this video…

(Warning - while hysterically funny, it’s also not appropriate to play at a loud volume at work, around small children, or easily offended by the use of any swear worse than “gee willikers!”)

My fingers practically tripped over themselves rushing to order Thug Kitchen so I could, as they put it, eat some goddamned vegetables.

In the few weeks that Thug Kitchen has been in my possession, I’ve made some small changes to what I eat that have made an impact on my daily diabetes management: one involves vegetables and the other doesn’t.

It was almost like a vegetarian Dr. Seuss Green Eggs and Ham question : “Would you try a green smoothie?” Neither of us seemed thrilled, but neither of us would admit it. We followed the recipe (which involved spinach, lots and lots of spinach) and lo and behold, much like Sam I Am’s friend… we loved it. And most importantly, it didn’t spike my blood sugars like I thought it would, even with the addition of fruit. I think that all my previous smoothie attempts in the past failed because I used regular milk and yogurt. This recipe? Filling and no spiking.

I broke our old blender because I’ve been making so many smoothies. (Wait… I blew up the stove, broke the blender…is the universe trying to tell me something?) We got a hefty, hearty, Sons of Anarchy strong blender replacement. Breakfast or lunch, I’m getting veggies in a swirly concoction. 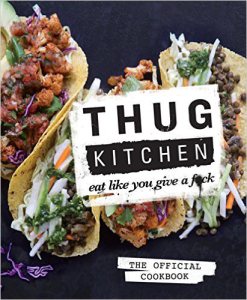 I have long been a “get a coffee in me before I can function” individual and that’s usually the extent of my breakfast. (Yes, I know. Bad.) But I know exactly how much to bolus for how I like my coffee and no spike. Everything else is a toss-up until now.

Hooked now on the oatmeal recipe in Thug Kitchen and no.freaking.spike. Yeah, it takes a little while to make, but I do a huge batch and shove it in the fridge for later in the week. I get a warm belly, a slow-digesting breakfast, and I feel better. (No veggies in the oatmeal, just to be clear.)

I’m not shilling the cookbook. I’m talking about how I’m slowly thugging my diabetes.

Making small changes to my diabetes management over the last few months has been eye-opening. Different ways to bolus, to eat, to include yoga and some very mindful mediation, down to adding a medication that I never thought I would. And the result?

The lowest A1C I’ve had in years and not a single severe hypoglycemic episode in the last few months.

I’m thugging my diabetes, small change by small change. All of us can thug diabetes, whether it’s making a conscious decision to eat more veggies or walk a little further (or start to walk!) or try something different. What works for me may not work for you, but what works for you might work for someone else.

How are you thugging your diabetes? What do you want to try? I’d love to hear from you!