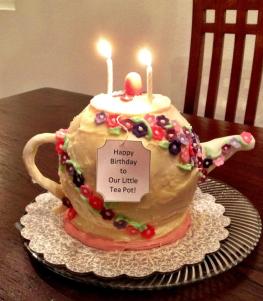 I’m a little crazy right now with the final preparations for The Diabetes UnConference, so thankfully there is a meme called Meme of Four going around the DOC (Thanks to Stephen and Kerri and Laddie and Scully…) that I am totally going to do because my brain is mush.

(Gang of Four is a band. They’re pretty good. I immediately thought of them when I read the first Meme of Four.)

Four names people call me other than my real name:
1. Christi  - My nickname when I was young, until three girls in my class were all called “Christi” - we had to go by our full given name. I reverted back and forth throughout my life, depending on my location and how tired I was of trying to get people to pronounce my name correctly.
2. April  - Aprigliano gets people really confused. My first name sometimes becomes April in emails from strangers.
3. Marsha  - Marchand. See April above. Same issue.
4. Teapot  -  In my 20s, that became my nickname to some friends and family members.

Four jobs I’ve had:
1. Sales & Marketing representative for Nabisco (Planters & Lifesavers Division). My home office smelled like Cotton Candy Bubble Yum (all those samples!) and I always had a case of LifeSavers in the back of my company car. I never ever had a problem finding something sweet when I was low.
2. Chamber of Commerce Executive Director for the nation’s largest active-adult community. I loved that job and the people I got to meet; the business owners and the residents of the area were amazing.
3. Collections agent/skip tracer for a large credit card company. It was scary how good I was at getting people on the phone, even after they avoided other collection agents. No one expected a sweet voice asking for “Bobby” to not be his friend.
4. Target Cashier. I lasted three weeks.  Approved! Just… no.

Four movies I’ve watched more than once:
1. Bladerunner - Sci-Fi nerd.
2. Valley Girl - I was young and Nicolas Cage had real hair.
3. Monsters, Inc. - It comes with being a parent.
4. La Femme Nikita - The French original version, not that horrible US version or the horrible TV show. 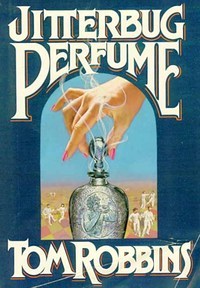 Four books I would recommend:
1. Neuromancer by William Gibson - If you are a Sci-fi/cyberpunk nerd, this is required reading.
2. Lamb (The Gospel According to Biff) by Christopher Moore - Hysterical and eye-opening.
3. Jitterbug Perfume by Tom Robbins - Love, immortality, and beets. Yeah. Beets.
4. Hitchhiker’s Guide to The Galaxy by Douglas Adams - Or anything by him. I miss him.

Four things I prefer not to eat:
1. Things that are still alive
2. Oysters
3. Sweetbread (you would think that it would be just sweet bread, but OH NO!)
4. Gloopy food with bits in it

Four of my favorite foods
1. Crème brûlée
2. Lamb
3. French onion soup
4. My Mémère’s Stuffing - it’s a meat stuffing with celery and spices and potatoes. I grew up eating it and before she passed away, she taught my stepmom how to make it (which she does… just for me.) 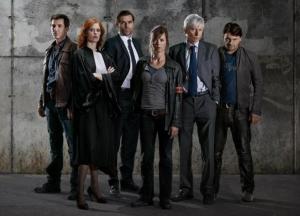 Four TV shows I watch/(ed)
1. Battlestar Galactica (The newer one… and to this day, I’m still upset with the way they ended it.)
2. The Avengers
3. Engrenages (Spiral) - John says that if it has dead bodies and cops in it, Christel’s watching it. He is correct. Bonus because it’s in French with subtitles and not dubbed.
4. Odd Squad/Curious George/Anything on PBS that is for kids. Because, you know… The Kid runs the TV.

Four things I’m looking forward to this year:
1. Diabetes UnConference - Duh.
2. The Kid turning four, despite our pleas to not get older.
3. The launch of a major project later this year for people with diabetes.
4. A trip with my family…and some time alone with John.