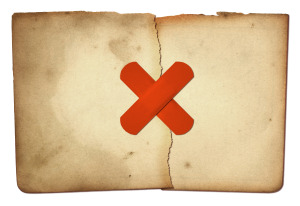 My affair with Earnest Hemingway is neither about love, nor about hate.

It is about his paucity of words and the emotions you must mortar into the cracks of his meanings.

It is about his inability to end a story (or even his life) with any hope or joy.

It is about his words that slip beneath my skin to leave me shivering.

It is about how I abhor reading the words he wove together and yet, a quote he gave has shaped my life and aptly explained my last few weeks.

Not Reading It Again

I was subjected to Old Man and The Sea twice in high school, pulling apart overarching themes and writing trite, hackneyed literary criticisms just like every other teenager. Why twice? Three high schools in four years means forced rereading of a few books. (MacBeth was a three time winner - middle school gave me a head start, Midsummer’s Night Dream was also twice, but thankfully, Crime and Punishment and a list of Russian names written down for reference was, thankfully, devoured only once.)

Upon reaching the third high school in January of my junior year, my English literature teacher handed the book we would be reading next. Old Man and The Sea. I handed it right back.

“I’m not reading it again. I’ve read it twice. Hated it twice. Dissected it twice. It’s depressing. Give me something else to read and I’ll do a separate assignment.” (Yes, even as a teenager, I was… is pushy the right word?)

So, my teacher brought in his personal copy of A Farewell to Arms by Ernest Hemingway for me. In retrospect, I think he did it to spite me. “Old Man and The Sea is depressing? I’ll show you depressing.” I read it and neared the end, clutching that tatter of hope his characters created for themselves.

Hemingway is an ASS.

If you were in my neighborhood as I read the last two pages, I apologize for the angry screams of: “COME ON! SERIOUSLY?! Hemingway is an ASS!” I stomped into class the next day, threw the book on my teacher’s desk, and muttered: “This sucked worse than The Old Man and The Sea.”

To this day, I have yet to read any of his other works. Don’t ask me to do so. There are many other pieces of literature that can depress me, but none with the compact, gut wrenching nature of his view on life. I get enough of that already from reality. (Lest you think I like sappy, happy movies or books… I abhor those, too.) One day, perhaps, I will have the strength and resolve to read the rest of his painful brilliance. For now, they wait.

But… he said something that, if I had any desire to tattoo my body, would be inked across my chest:

“The world breaks everyone, and afterward, some are strong at the broken places.” - A Farewell To Arms

Over the past few weeks, the world did its best to break us. Two weeks after meeting our high deductible health plan’s deductible, John’s company surprised a few people by laying them off on the last day of October. Surprise! Including John.

All of the benefits: medical, dental, etc. was terminated “on the last day of the month“. That meant that day. My supplies (and new Dexcom transmitter) hadn’t been ordered. And I couldn’t get them ordered in time before the end of the day. OK, I thought. Breathe. I’ll just order them all when we purchase COBRA.

We’ve purchased COBRA before, but when I called to find out the cost, it was outrageous. Laughably outrageous. The representative gave me this advice:

“Purchase everything out of pocket and keep the receipts; if the total for the month was higher than the cost of COBRA, go ahead and pay COBRA and you’ll get reimbursed.”

We started to investigate other options, including Healthcare.gov’s plans for our state and found that those plans were better - and less expensive - than what we were paying if you factor in the high deductible. Yes, I know all about the pre-tax blah blah blah, but it was frustrating to think that we could have avoided the shenanigans with medical decision making this year if we had just eschewed his company’s crappy medical insurance plan and gone with a marketplace plan.

The World Breaks My Technology

A week later, my Dexcom transmitter died. It was a slow death and I knew it was coming, but when it finally shuffled off its digital coil, it was still jarring. It also felt like it said: “HAHA, I knew you didn’t order a replacement before your insurance kicked it!”

I went without, reminding myself that I went without continuous glucose monitoring for years. Of course, every time I checked my blood sugar, all I could think was: “What would the arrow say?” Blood glucose checks increased, but I felt unsure. I felt high, but I was within normal range. I felt shaky, but I was slightly high. Adjust, check, adjust, check. I didn’t trust how I felt. For good reason.

Then, in solidarity, my insulin pump died. Four weeks and two days out of warranty. I hadn’t ordered a new one because… you know the story. Deductible. Crappy coverage. It happened on a Friday night while I was across the country, but if your pump is going to stop working, it should stop working while you are standing with other Type 1s at the Diabetes Mine Innovation Summit.

“What the hell? I can’t bolus. Look!” I showed the pump to the group and the troubleshooting suggestions started to fly fast and furiously. “Try this!” “Take the battery out and see if it will reset!” “Let it time out and see if that will do anything!”

The groan was collective. In the fifteen years of pumping insulin, I had never had a catastrophic failure. And of course, with my head being not in the game, when I packed, what was the one thing I didn’t bring? The back up bottle of Lantus. My head started to go down the rocky road of microbolusing or finding an open pharmacy or spending time on the phone with the pump company begging for a loaner when one of the people standing in the group who uses the same pump as I do said something amazing:

“I have an extra pump that I travel with. You can borrow it.”

Do you know how hard it is to program an insulin pump with tears of gratitude in your eyes? Less than an hour after the failure of my pump, I was pumping again. BG upon reconnecting? 126. (I thought I was high. I felt high.)

Fortunately, my blood glucose monitors are holding steady. They obviously hadn’t gotten the memo that John had been laid off.

Ernest thrived on making people miserable and ending his stories on a sad, introspective note. I’m no Hemingway (says the verbose woman writing this blog) and so the end of the story will be a happy one.

So, Hemingway. You’re right… about (at least) one thing.

The world does break us all. And I am stronger in the broken places.

But unlike the old man and a solitary trek into the ocean to battle marlins and sharks and the metaphors meant to taken from your work, this part of my story ends on a happy note, filled with helpful people and a community that does what it can when it’s needed.