This ain’t no Rog and Rerun post, but here’s their picture just in case you wanted to take a moment and remember life in the 70s. 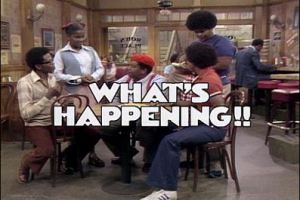 If you haven’t heard ::insert tongue firmly in cheek::, it’s Diabetes Awareness Month. Last year, I tried to give some basic information that you could share with others (including the sexy woman analogy to insulin, which is always worth a second read and a hearty guffaw), but this year… I’ve been busy doing some other things that have left me very little time to write.

Last week, I was honored to sit on the Patient Perspective panel at the Diabetes Technology Society’s Payers Meeting. It was supposed to be a meeting where payers and patients and people (alliteration!) with stakes in the game of diabetes were to engage in a dialog. While the meeting was worthwhile and full of dialog, only ONE payer (and a second person who plays a fringe role in the payer world) actually spoke. (There was a CMS representative in the room, but she refused to identify herself as a payer, but we all knew who she was. She may have been on strict orders to not speak or engage, which was probably a wise idea, seeing as her performance last year in a DTS meeting gave CMS a black eye in the community.)

If you’re interested in what was discussed, Amy Tenderich over at DiabetesMine captured the overall meeting (and the feelings around it) so concisely that I’m telling you to click on this link and go read the recap of the DTS Payers Meeting.

Then, having forgotten my past life as a road warrior for my previous career, I flew home and less than 12 hours later, was back at the airport headed to Vegas for The Diabetes UnConference site visit. I needed to be face-to-face with the chefs as we discussed the foods being served to our celiac attendees. For me, it was crucial to express the “this is not a fad diet for these individuals, so treat it like a nut allergy” feeling. The chefs completely understood and gave me suggestions that will ensure not only will the menus for our celiac diagnosed attendees are gluten free, but delicious as well. 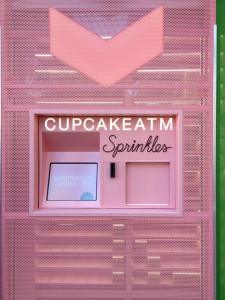 And I got to tour The Flamingo’s campus. I’ve been to Vegas hotels where the rooms and the conference space are almost a mile walk (A convention in the MGM Mirage has you wishing for a foot massage before you even get to the exhibit floor). Not this place. They actually have a section of rooms that are right near the conference space and even the main section of rooms make it easy to get to where we’ll be. There’s a wide variety of food options (both in price and type) there - and even better? We’re right next to The Linq, which has more food options, a 24 hour Starbucks, and a Cupcake ATM. Yes. You read that right.

I’ll be focusing on The Diabetes UnConference logistics for the next several weeks, so expect to hear a lot more about the amazing events that will happen because of this event. I’ve got so much good news that my little brain is bursting.

World Diabetes Day is November 14th, so everyone is trying to pack in something before WDD. ::Sigh:: It’s not like we don’t have diabetes the rest of the year, but OK…

This is happening all day, so if you need me, I’ll be sitting in front of my computer, watching the live stream. (Unfortunately, online registration for this webcast is closed.) If you’re curious as to what the heck this is all about, amazing advocate Stephen Shaul has what I believe is the the most eloquently crafted post ever about it. This impacts all of us, and it’s so crucial to have a patient voice in the mix (heck, a whole choir of patient voices). I’m interested in hearing Howard Look of Tidepool speak, because I so believe in what they’re doing.

HealthyPeople.gov is ALSO holding an interesting webinar on Thursday, November 13th and YOU CAN REGISTER HERE TO ATTEND ONLINE.  This will be from 12 - 1:30pm Eastern, so my lunch will be eaten while watching this. According to the info, webinar attendees will learn:

My friend, Scott Johnson, let me know about this live stream event. It will be from 8:30am to 12:00pm Eastern, so I’m missing it as I’m on the FDA Public Workshop stream, but you can watch it through the live stream on your computer. This Washington Post forum, featuring many of the nation’s top experts, will look at how to prevent, diagnose and treat the chronic disease that can cause so many other health problems, including kidney, nerve and eye damage. They’ll have a mix of speakers, including some patients and Dr. Robert Ratner from the ADA (I like that man a lot!), so I encourage you to attend if you can.

World Diabetes Day is November 14th. You have options… and I’ll share those on November 14th, but I’m sure you probably already know most of them. (But even so…)

That’s what’s happening in my world. What about you?