We enrolled The Kid in ballet class, partially to get her involved in something that does not involve Play-Doh and partially for the comedy. (Have you seen three-year-olds dance? So good for a laugh.) I didn’t expect her to educate me about my diabetes and remind me of how it’s important to persevere.

Children her age are like diabetes. They’re both unpredictable. One moment, they’re all “Hey, things are great and let’s go have fun!” and the next minute, they’re screaming about their socks being on the wrong feet and they won’t.shut.up about it. You go from fist pumping about the kick ass job you did bolusing for lunch to leaning up against a wall, sucking a Capri Sun and looking for the bus that just hit you into a low blood sugar.

The class last week started off with a delighted, happy child and the promise of a budding prima ballerina in the making. Five minutes later, the interpretive dance began. 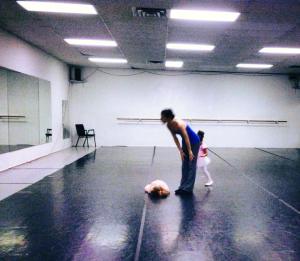 This is a ballet class, not interpretive dance. Standing up is important.

This was a ballet class. Not nap class. She did not move for forty-five minutes. Not even a head nod. Her teacher would occasionally stand over her and ask if she’d like to participate. The Kid would close her eyes and say nothing. When class was over, she wanted to dance. An epic tantrum ensued when she realized that she couldn’t get those forty-five minutes back. It took both the teacher’s and my cajoling to get her up off the floor and a promise of a sticker to get her out the door. (If only we all were so easily bribed.)

Throughout the week, I thought about her and how this little ballerina is like my diabetes.

And then I thought about how this little ballerina is my role model for my diabetes management.

And with the promise of something she wants, willing to do what it takes. (In her case, it was a sticker. I want a long life with a minimum of health issues. It’s sort of like a sticker, right?) I’ve thrown some pretty epic tantrums myself over the fact that I can’t get years of shoddy diabetes management back, but I can move forward.

This week? My diabetes management was not mercurial. It was calm, much like I hoped The Kid would be when we went back to ballet class this week. No terrible highs, no terrible lows, and I felt… like dancing, happily. 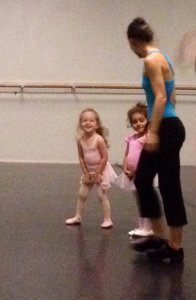