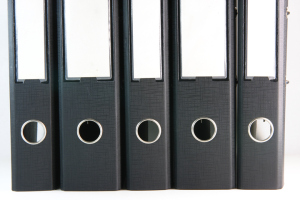 Allow me to introduce myself.

I am case number five.

The case that made people in the audience gasp and shake their heads at the discussion about Glycemic Targets at the American Diabetes Association’s 74th Scientific Sessions last week. I gasped along with them, because up until that moment, I had no idea that I was the anomaly in a study at all.

My pediatric endocrinologist is one of the top researchers (and endos, in my opinion) in the world. I spoke with her at the end of the first day after a terrific presentation about transitioning care through different stages of life she did with Dr. Ann Peters (who is another superstar endo). I had seen her last summer after almost twenty years and it’s always wonderful to connect with the woman who kept me alive when I wasn’t sure I wanted to have diabetes anymore. She’s important to me.

An email popped into my inbox on Saturday from her, asking if I would mind sharing a little more information about my history and if I would be willing to allow her to share my medical history with others - anonymously. I assumed it would be sort of a “Hey, even though you had crappy numbers as a teenager, all is not lost…” speech she would give to her teen patients to motivate them.

I would walk over hot coals or jump out of a plane for Dr. Laffel. That’s how much I feel indebted to her. “Of course,” I responded. “I own my story. I’m not ashamed of it. I’m lucky.” I send the email off and went on my merry way, not realizing how soon I would come to understand just how lucky I was.

Her talk was to be about glycemic targets and the new A1C recommendations that ADA has determined is appropriate for pediatric patients. (The previous? 8.0% A1C. Now? 7.5% A1C. Granted, the higher A1C is barely met by most patients now, but that’s besides the point, right? A topic for another day.)

The second slide of her discussion, as she explained to the standing room only audience, would show case studies of patients and their A1Cs over the years and their health outcome today. I thought to myself: “How cool! This should be interesting!”

Case study one was a female who ran with elevated A1Cs for many years. She’s now wheelchair bound in her 30s, after a stroke and is blind in one eye. Case study two, despite normal A1Cs in his youth, had elevated A1Cs in teen years and twenties, and currently lived with end stage renal disease and neuropathy. Case study three didn’t fare much better, with varying A1Cs after five years of almost perfect A1Cs after diagnosis. Case four made me cringe… she passed away at 28 from DKA after several other complications cropped up.

As the case info came up on the Powerpoint, the gradual realization that it was me she was presenting was accompanied by the chill that went down my spine.

“I believe that this patient has protective genes. We don’t know what they are, but we’re all looking for them.”

I saw a sea of intelligent heads nodding, leaning in towards each other to whisper their own thoughts about the five cases.

The initial shock of what I was seeing and hearing on the screen passed, and I was glad to be standing against the wall at the back of the room. I didn’t have to excuse myself as the tears burned a trail down my cheeks.

I cried for the first four cases. For the protective genes they didn’t have.

I cried for myself. For how lucky I am. For the protective genes I do have and the harsh reality up on the screen, showing me that I have no business being as healthy as I am with the utter lack of care I chose in my teens. 14.5% A1C? Holy hell. That’s an average of 375 mg/dl. A walking zombie.

As soon as I’m eligible, I’ll participate in the Joslin Medalist study, which looks at individuals who have had Type 1 diabetes or 50 years or more. Have you heard of it? Here’s the link, but I’ll give you the highlights from the page:

Hyperglycemia is a major cause of diabetic vascular and neuropathic complications.  However, a significant number of diabetic patients, known as the Joslin 50-Year Medalists, remain free from various complications such as nephropathy and proliferative retinopathy after 50 years or more of diabetes.

…Genetic studies are underway to determine whether these extraordinary survivors have typical type 1 diabetes or a different, yet unknown type of diabetes.  Data from over 500 people have been analyzed and have led to very exciting discoveries.

I’ve got 19 years to go before I’m eligible, but those who come before me, like my friend, Richard Vaughn, who is part of the study, will help pave the way for what I am hoping will be the discovery of the gene that is the protective factor for me and others, and will hopefully be the beginning of gene therapy for those who do not have it.

I saw Dr. Laffel later that evening at an event.

She nodded, giving me a calculated, questioning look.

“Yep. And thank you for sharing. It showed me how lucky I am. I’m so glad that I was there.”

She smiled, and I knew that smile. It was the one I sat across from in my appointments.

I miss that smile. 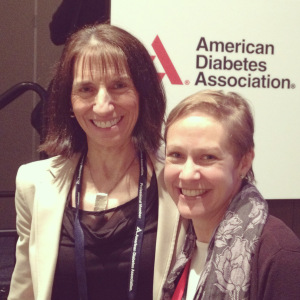 Please note: I received a scholarship from Diabetes Advocates, which paid for my airfare and hotel room and partial ground transportation.