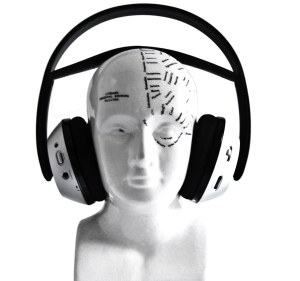 And beeping is not a substitution for an expletive, although it could be. Since my trial of the Medtronic MiniMed 530G with Enlite, I’ve become my own electronica band, beeping melodically throughout the day and night. No rhyme or reason, thus no rhythm at the beginning, but I’m starting to see some trends.

The MiniMed 530G with Enlite has a unique feature beyond the Threshold Suspend (The pump suspends if the Enlite sensor says your BG reading is below your “low” threshold.). It has a “predicative high” or “predicative low” setting, which will warn you if the algorithm believes you are going to go outside of the ranges you have set. When we did the initial setup, I put my low range at 80 mg/dl and my high at 200 mg/dl. (I drop pretty quickly, so I’m trying to catch it before I get to that point where I am not thinking straight and ignore the sensor readings in favor of…well, anything, because I think it my blood sugar will come up on its own while I’m walking around. Hint: it doesn’t.)

It is the new equipment adjustment period or is it my body? The food choices I make? (Pizza, oh pizza… I love you, but that 400 mg/dl? Even my broken pancreas rolled its eyes.) I beep, look at the pump, and it says that a low is predicted, yet less than ten minutes later, it says that a high is predicted. I’m still not used to the arrows that are on the MiniMed screen and everything is pretty wonky overall. But I’m learning, and that’s the point of this trial. I will figure this out.

The accuracy is not really in question at this point. How do I know? Because along with the MiniMed 530G with Enlite, I threw my Dexcom G4 sensor onto my arm on Thursday. There have been several times when both the 530G and the G4 have buzzed and beeped at exactly.the.same.time. If there’s any inaccuracy issues, I’ve found that sometimes it’s the G4 and sometimes it’s the 530G, but neither one is perfectly accurate all the time. Thus is life.

I haven’t had a night in which beeping hasn’t woken me up. The Threshold Suspend alarm has gone off, only to check my blood glucose level and find it to be a beautiful 110. Other nights, I’ve woken myself up and I’m low, except the 530G hasn’t caught it. (Until a few minutes later when I’m standing in kitchen over a glass of juice.) That’s been frustrating, along with the lack of response by the system to recognize that I’m coming up from a low, insisting that despite my canceling the threshold suspend, it throws up another beep and alarm and threshold suspend less than 10 minutes later.

John and I have had several discussions about the “is it me or the technology?” He maintains that it’s the technology, and to a large degree, he’s right. I need to train the technology to work with me… and I am also recognizing that I need to begin basal testing again. (It’s springtime in Paris and my insulin regimen. Hooray!)

I’ll have to adjust the predictive settings as well with the trainer, so that I can cut down on the beeping. I do find that it causes undue stress (and I’m full up on stress, thankyouverymuch) and worry that I didn’t have before.

So, if you need me, just follow the beeping. I’ll be dancing with the glowsticks in the corner.