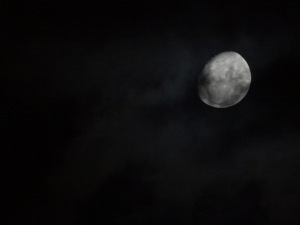 In the fifteen years of insulin pumping, I have been “off the pump” once for less than a day. (The child birth protocol forced me onto an insulin I.V. drip for about 12 hours.) I’ve been incredibly fortunate in that I’ve never had a pump fail.

The “untethered” regimen is extremely interesting to me, especially as our plans for the summer include frequent trips to the hot beaches, but not yet. It’s not time yet. My insertion set, however, had other plans in the middle of the night.

I accidentally untethered myself during sleep. At 3am, I awoke to my Dexcom beeping, but after looking at it with one eye, I can only assume that it had been beeping for a while. That arrow was reaching for the sky, and I had that sinking feeling that it was going to be a tough day ahead.

I checked my blood sugar, knowing that I wouldn’t like what I was going to see… and I wasn’t surprised. 406. That would explain the sandy desert in my mouth, but not the smell of bandaids. (Insulin smells like bandaids. Yick.) I got up and looked down at my insertion set site… it was still adhered to my body, so I gracefully tiptoed like an elephant into the kitchen to grab a vial of insulin to inject my correction bolus, ignoring the odor of eau de bandaid.

The cool water only temporarily parched my tongue. The injection stung as the needle sunk into my arm. And then I realized…

The insertion set was still adhered to my body, but the cannula had sneakily pulled out in my sleep. I must have rolled back onto the adhesive after I pulled it out.

Well, isn’t this a fine mess you’ve gotten us into, Ollie?

I hate inserting a new site without warming up my skin per a long, hot shower, but sleep… I wanted sleep… And so, barely awake, another needle slid into my body and in five minutes, I was back in bed, correction bolus, new insertion set, and a Dexcom that felt unloved because I had ignored it.

Less than five hours later, my blood sugar was 184. Two hours after that, I clocked in at 52 mg/dl.

Even when you think you are doing everything you can to stay within range, sometimes life unthethers you and the smell of bandaids fill the air.

The next time I untether, I’m going to actually use a long acting insulin. I hear that works a little better than what I did.