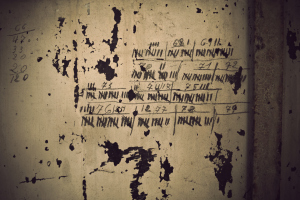 A little light reading for your Monday. Grab something strong to drink. (If it’s still morning, may I suggest coffee?)

Nobody Wins, but here’s the numbers…

According to the most recent estimates from the World Health Organization (WHO) and the Joint United Nations Programme on HIV/AIDS, 34 million people around the world had HIV in 2010. About one-half were women, and one-tenth were children younger than age 15.

Diabetes? 371 million. Almost 10 times more than HIV/AIDS. According to the International Diabetes Foundation statistics, this number will explode to 552 million in less than 20 years.

An estimated 15,529 people with an AIDS diagnosis died in 2010 in the United States.

Diabetes is the seventh leading cause of death in the United States.

Who Gets The Research Money from the NIH?

Well, here’s another tidbit that I’d like you to chew on for a while…

For every death due to breast cancer, the NIH budgets $17, 308 for research.

For every death due to diabetes, the NIH budgets $16,010 for research.

(No, I didn’t leave zeros off the last two.)

I got these numbers from the Fair Foundation (hat tip to Scott Strumello, who pointed me to not just this amazing website but is a great source for all things businesslike in the diabetes world.)

According to an exposé by Marie Claire in 2011, an estimated $6 billion is raised every year for breast cancer. HIV/AIDS raises more than that ($16.8 billion, according to AVERT.).

A 2010 article in Diabetes Health shows that the money raised for diabetes is…not anywhere near $16.8 or $6 billion dollars per year.

What does this all mean?

Diabetes is the Rodney Dangerfield of diseases. It gets almost no respect.

We’ve got a rising tide of diabetes diagnoses throughout the world (including a rise in Type 1 diabetes that has a lot of people alarmed), a small portion of the NIH funding going to diabetes research for the amount of individuals in the United States impacted by the disease, and we’re dying. (Yes. We are all dying. Every minute of every day. I’d just like to die of something else.)

Pancreases aren’t sexy. Boobs are. AIDS/HIV may not be sexy, but it has garnered the lion’s share of publicity and became the cause for many a famous person. (The Bill and Melinda Gates Foundation, anyone?)

I want those diseases cured. And…

I want diabetes to get the same type of support that these diseases do.

I want diabetes to stop being misinterpreted as a disease that doesn’t kill you like breast cancer and AIDS.

I want the world to know that while we live well with this disease, we need to stop being the seventh leading cause of death in the U.S.

Do I want too much? No. Do I see a problem? Yes. And you know how the saying goes: “If you’re not part of the solution, you’re part of the problem.”

So, I’m going to be a part of the solution. I refuse to be a number.