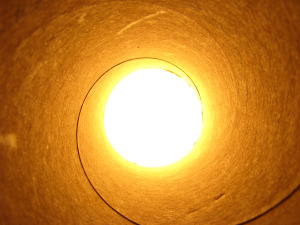 To be published everywhere possible upon my, what I know will be, untimely demise.

Christel Marchand Aprigliano, loving but surely exasperating wife of John and adoring-to-the-point-of-nausea mother of The Kid, passed away, mid-laugh, at the age of 109 after dancing the night away in Ibiza.

Born in the best place on earth and raised by caring parents who often wondered what to make of her, Christel excelled in talents that would make her neither rich nor famous: fudging blood sugar logs, injecting insulin on the sly in the middle of restaurants, knowing exactly how many Skittles it took to bring her back from a hypoglycemic breakdown but always forgetting to count them out while she was low, and coming up with snarky answers to the question: “Can you eat that?”.

Christel hated to be wrong, loved to be needed, and did what she could to make the world understand that diabetes should not be feared, often telling others to make diabetes their “bitch”. She also cursed like a sailor, much to the chagrin (and sometimes glee) of those around her.

Her life led her many places, geographically, mentally, and professionally. Carrying more than her share of guilt-filled baggage, she spent years wandering alone with her illness before she found compatriots who lit her way. The Diabetes Online Community brought her wisdom, joy, and occasional tears, but most of all, it brought her friends who understood her.

At the end of her life, she reflected on her days with Type 1 diabetes, saying simply this: “It sucked.”

The cure, while not ridding her of the complications she already had, gave her many enjoyable years of eating crème brûlée and running around without a purse filled with Glucolift. It did nothing, sadly, to stop her potty mouth.

Her blog, ThePerfectD, and other very cool projects with other very cool people, turned from the topic of diabetes to other worldly pursuits, including traveling to exotic places on a moment’s notice with just a bikini and a toothbrush or annoying her daughter because.she.could.

She would have told you to send memorial donations to the Diabetes Hands Foundation or JDRF, but after those non-profits disbanded because diabetes ceased to exist, she requests you eat a large spoonful  (or two) of Ben & Jerry’s Red Velvet Cake ice cream in her honor and dance like a happy fool until morning.