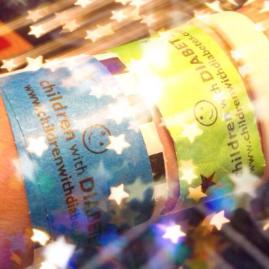 At most conferences, you have opportunities to meet famous people and CWD’s Friends For Life was no exception. Crystal Bowersox, Kris Freeman, Jay Hewitt, Will Cross (and many more!) were all on hand to pose for pictures and provided inspiration to the kids at the conference. From climbing Everest to being a finalist on American Idol, they’ve all reached new heights with Type 1 diabetes. They are stars.

Not all of us are gifted with golden throats or strong physiques. It’s the roll of the genetic dice and a lot of hard work that got them to where they are today. They are raised up as aspirational examples of what Type 1 kids (or all kids) could become, but I’m here to tell you what I know:

We are all made of stars.

A single star, however bright it is, will not light up the night sky.

But we, as a community, together shine so brightly, because we are all made of stars.