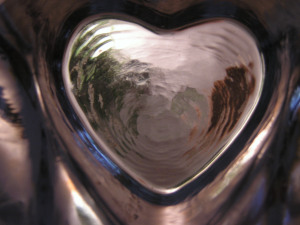 I’m not going to keep you in suspense…

I didn’t die of a heart attack while exercising yesterday.

That being said, I did learn a few things because of my first official exercise attempt since accepting the Roche/Duracell offer to challenge myself to do something extraordinary. Armed with a heart monitor and the Duracell powered Accu-Chek Nano blood glucose meter, I set off to take on the world…which in my case, was the playground.

It’s hard to fit in a regular exercise routine with a toddler, especially when I’m playing single stay at home mom. She’s with me 24/7 right now while we’re sorting out the houses (Buying and selling homes back to back is not for the weak!) and so I can’t say: “Let’s go for a 1/2 hour walk around the block a few times!” She hears: “Let’s scream if you put me in a stroller, but if you don’t do that, I’ll turn it into a ‘pick up a rock, put down a rock, pick up a stick, run around and lie in the middle of the street’ walk.” We haven’t had much success, as you can surmise.

So, I bribed her with the playground and chose to walk briskly around the pirate ship structure that houses slides and bells and things for her to do. It may not have been a perfect exercise routine, but it worked for me.

I’m going to keep taking steps to being healthier and developing an exercise routine. Why?

*Disclosure: By participating in this program Accu-Chek is providing me with an Accu-Check Nano meter and test strips for a month. P&G/Duracell has provided me with a heartrate monitor to help me with my exercise challenges (as well as a FitBit Flex). In exchange, I have agreed to write about my experiences in exercise and blood glucose testing with the Duracell powered Accu-Check Nano Meter.