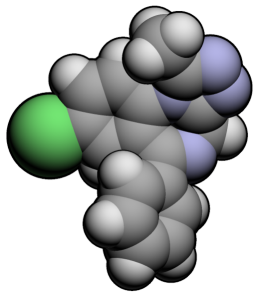 We’ve come a long way from boiling pee with Benedict’s Solution to get an idea of our glucose levels. I’m impressed and content with my continuous glucose monitor (CGM) and how accurate and easy it is. Since I’ve consistently begun to use a Dexcom (I got a Dexcom Seven Plus and then upgraded to a Dexcom G4 last October), I’ve caught highs and lows that I know would have been a lot worse without wearing it.

Like much of the technology I use, I’ve become dependent upon my Dex. When it doesn’t work properly or when I’m not wearing a sensor, I suffer self doubt and “performance anxiety”. I don’t trust my body’s signals (and the Dexcom has shown there is a reason for that) when hypoglycemia and hyperglycemia hits and my increased blood glucose checks have me second guessing everything. The Dexcom calms me down, like a digital Xanax.

Dex has some issues over the past few weeks. It’s been hiccuping. I haven’t been calm.

I first noticed it when I was house hunting. An hour after breakfast, Dex would give me the dreaded three question marks for a few hours. Then it would start working for a few hours, but it was just teasing me. By late afternoon, question marks were back until late evening, when it would begin to give reading throughout the night. (I should be grateful for at least having the overnight numbers - and I am.) Lather, rinse, repeat for four days. Hiccup. Numbers. Hiccup. Numbers. Hiccup.

I didn’t want to rip the sensor out because it was my last one (my trip was extended and this was my extra sensor). Once I got home, it came out and I called Dexcom’s customer service, who replaced it for me and asked all sorts of salient questions about sweat, water, medications, and site location.

If it was a one time thing, this post wouldn’t have been written. The next sensor I inserted did the same thing, except it failed less than twelve hours after being in. Those three question marks mocked me. Dexcom was called again and in true amazing customer service form, there is another replacement sensor on its way. (Those things are expensive, yo.)

The newest sensor I put in yesterday hasn’t hiccuped, but I’m curious. Has anyone else has experienced this on again, off again hicupping Dexcom phenomenon? I began to worry that it was the transmitter battery flaking out on me, but it’s still reading OK. (The numbers could be better, but beggars can’t be choosers.)

For now, I have my digital Xanax back, it’s not hiccuping, and I’m happy.