I got an email today from a relative that had my eyes rolling so far back into my head that I saw my brain. (It was decked out in a boa and bowler hat.) 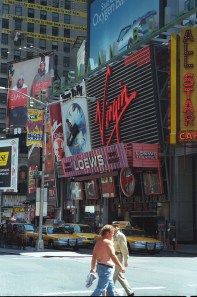 I’ve started a new diet called The Virgin Diet and I’m feeling super! I’m drinking nutritious shakes and hope to lose weight and find out whether I have a food intolerance…cut out all dairy and gluten and some other foods…

She has struggled with her weight for most of her life, but doesn’t quite seem to ever keep it off for long. I’ve watched the yo-yo pattern and it frustrates me, but I’m past trying to give information that falls on deaf ears. I’ve done “diets” and they don’t work.

When someone says they are going on a diet, I equate it to going on a vacation. She get a guidebook (the latest diet book), watches a couple of travel shows (Oprah, Dr. Oz, some “expert” on the morning news), packs her bags (in this case, her grocery carts), and sets off full of vim and vigor. Bon voyage! This vacation (diet) going to fulfill every dream they desire.

But vacations don’t last forever. Neither do diets.

Ten or twenty pounds (or even less) into the diet, she starts to feel like something’s missing. The newness wears off. She plateaus. She sees a comfort food that isn’t on the list of “don’t eat this” and thinks: “Ok, just once.” Then the guilt seeps into her pores and the diet willpower collapses. And the next thing you know…. the diet is abandoned and any weight taken off arrives like the lost luggage on a later flight.  And you’re now suffering from the post-vacation doldrums. (Been there. Done that. Have the T-shirt.)

The term “diet” itself is part of the problem. Merriam-Webster’s dictionary defines it as:  “a regimen of eating and drinking sparingly so as to reduce one’s weight”. It says nothing of what happens after one reduces it. For most people, a diet has a starting and a stopping point. “I’m going to diet and lose 20 pounds.” There’s nothing long-term about it. It’s all instant gratification. As a society, we’re totally into that.

Diets don’t work. Lifestyles do. What’s the difference? A lifestyle change is:

Why do I feel this way? After my diagnosis, I was on a Diabetic Exchange Diet. It drove me crazy. Based on a caloric intake and slotting those calories into “meat”, “dairy”, “fruit”, “vegetables”, “bread”, and “fat” categories made mealtime not a lot of fun for anyone who followed it. (And calling it a diet made the whole thing worse in my head.) On birthdays or special occasions, I got to eat a whole 1/2 cup of vanilla ice cream. Vanilla. Go crazy, kid.

Restricting something or forbidding something is a sure way to make it almost impossible to resist. It’s no wonder I chucked that whole “diet” out the window whenever I could as a teenager.

What changed? Carbohydrate counting as an adult. Part of the diabulimia issue for me was that “forbidden” food guilt. Carbohydrate counting made that a non-issue. Did I want a piece of cheesecake? Yes. Can I have it? Yes. I just needed to count the carbs and take the appropriate amount of insulin to cover it.

I’m no expert at carb counting. I used to carry a book in my purse and will occasionally pull out an app on my iPhone to check carbs in a fast food meal (which is sobering when you realize just how many carbs you are eating in a Big Mac… which I won’t eat anymore.). I read labels. I still screw up sometimes. I am human. So are you. (Unless you’re a robot.)

The Glycemic Index is also something that I’ve used when trying to not spike after a meal. I know that I react differently to white rice versus brown rice, even though I can create an equal amount of carbs for my insulin intake. Complex carbs are the way to go for me.

And there are times I overeat. Sure. Just not at every meal. And not an entire cheesecake. I’m a firm believer in “everything in moderation” (except for Diet Coke for which I need a 12 step program), and I’ve found that moderation is the key to my lifestyle. Not some “lose 7 pounds in 7 days!” diet, because… what happens after seven days?

There are some who have successfully maintained their weight loss through Weight Watchers. That for me, is not a diet, but an overall lifestyle program. I’m just knocking any “diet” that forces you to drink shakes for at least two meals a day or eat packaged meals that you have to buy. That’s not just a diet, it’s a diet that makes someone a whole lot of money on people who are looking for someone else to control their eating habits by restricting their food choices. And you know how I feel about that.

So, it won’t come as a surprise to me when I hear about a new diet she’s going to try after this one fails. Because… it’s a diet, not a lifestyle.

Do you agree with me? I’m curious how other diabetics feel about the “diet” concept?