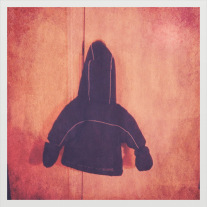 After my diagnosis, I didn’t question why our lives were turned topsy-turvey. We were too busy trying to learn the intricacies of the Diabetic Exchange Diet and getting just the right amount of the right types of insulin into a single syringe. Once the world righted itself (Although, truthfully, it’s still a little tilted on its axis.), the questions bubbled up, usually late at night when a twelve-and-a-half year old girl should have been sleeping.

And here’s where the bullet train of thought would go…

If I’d just worn my coat, then I wouldn’t have caught the cold that ended up being a bug that all my friends had. And then…

Then the bullet train would crash into the station.

Add the volatility of my blood sugars, despite our best efforts and great doctors after that blissful “honeymoon phase” ran its course, and you get a sullen teenager who gave up trying and lied about testing and taking insulin and had years of therapy until she stopped saying: “What if?” and started saying: “What now?” And here I am.

Research into the causes of Type 1 diabetes have told us a few things: it’s an auto-immune disease, the number of kids diagnosed it is rising (this article is a FWIW… I think the author goes out on a limb with the “too big, too fast” theory, but what do I know?), and there’s a genetic predisposition, but what we also know is that no one knows why some of us get it and others don’t. I think it’s like a lottery that no one wants to win. A Diabetes Hunger Games.

But this is what we do know:

1) It’s an auto-immune disease. (Yes, I’m repeating myself.) Our beta cells, the ones that produce insulin are attacked and killed. (In my head, it’s like the movie 300 when valiant Dilios yells: “To Victory!” and then everyone goes and gets killed off. All 300 hunky Spartans. My beta cells at least went down fighting.)

2) There may be a genetic predisposition, but often you may be the only one in the family. (Many of my extended family has auto-immune disorders of varying shapes and sizes, but I’m the only one with diabetes. I do know lots of people who have more than one child with diabetes or other family members, though.)

Researchers have found at least 18 genetic locations, labeled IDDM1 - IDDM18, that are related to type 1 diabetes. The IDDM1 region contains the HLA genes that encode proteins called major histocompatibility complex. The genes in this region affect the immune response.

3) Viral infections may trigger those who are genetically predisposed. The ever popular Coxsackieviruses are belles of the balls these days, with this quick scholarly (which is my way of saying “big words”) abstract pointing a very large finger at the Coxsackievirus B. I think this was what did me in. I really do.

4) Environmental factors might raise the hand to dish out diabetes to someone’s plate.

For identical twins, when one twin had type 1 diabetes, the other twin only had it 30%–50% of the time. Despite having exactly the same genome, one twin had the disease, where the other did not; this suggests environmental factors, in addition to genetic factors, can influence disease prevalence. Other indications of environmental influence include the presence of a 10-fold difference in occurrence among Caucasians living in different areas of Europe, and a tendency to acquire the incidence of the disease of the destination country for people who migrate.

5) Vitamin D deficiency. Yup. Like I wrote in a previous post on the importance of Vitamin D, a lack of it can impact the immune system. Researchers are now pointing to low levels of Vitamin D in newly diagnosed children and recommending Vitamin D supplements for all kids.

6) Because we’re healthier and cleaner. I know. What?! A study published yesterday by two researchers at the University of Malta says those countries with a lower mortality rate from infectious diseases have a higher rate of Type 1 diabetes. Professor Stephen Fava puts it out this way:

The global rise in type 1 diabetes is an unexplained phenomenon. Many suggest that the exposure, or rather the lack of exposure, to infectious disease when young might be linked to the development of autoimmunity.

This falls under the “hygiene hypothesis”, which pretty much says that the use of antibiotics and hand sanitizers kill off stuff that might have protected someone from developing diabetes.

7) Food choices. Gluten and cow’s milk have been loosely related to studies as a trigger for higher rates of Type 1 diabetes in children. Some believe it and some don’t.(Here’s an abstract a the cow’s milk study.)  (Here’s one that says gluten might trigger and here’s one that says it doesn’t) I chose to supplement breast milk with soy formula (no cow’s milk) and not feed my daughter anything with gluten until thirteen months of age. My reasoning? The research might be wrong, but it might be right, and she wasn’t missing out on anything at that age.

So, the upshot is that there is no definitive answers as to why Type 1 diabetes rears its ugly head. We just don’t know. Until we do, I don’t think we’ll be able to stop it from happening - or even curing the people who have it.

All I know is that the coat wouldn’t have made a damn bit of difference, but I wish I still wore it.